As a now very old, Old Boy from New House (1952/55) I thought that the article below might be of interest as depicts an era that is so different from today.

Life as a 13 year old new boy in New House in 1952 was certainly an exciting experience with a steep learning curve ahead.

Myself and a half dozen other new boys were in one of a couple of small dormitories, supervised by a house prefect on the first floor. Above us there were the two much larger A Dorm and B Dorm, each containing about 14 beds on the bare wooden floors. Every dormitory had a Victorian style wash stand containing some large china bowls which one of us would have to fill with “warm” water from the galvanised watering cans provided. There were three bath cubicles in the damp basement changing room in which we took our thrice weekly bath. Permanently open windows sometimes resulted in frozen flannels on frosty mornings. 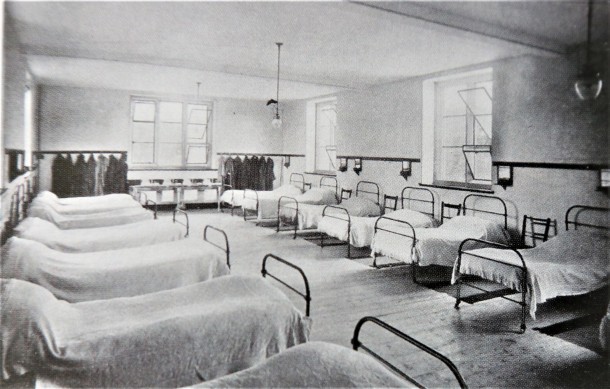 There was a fire escape on the rear wall of New House, comprising of a vertical iron runged ladder, and it was a ritual that every new boy would be summoned by a “senior” from A Dorm after bedtime, and made to climb out of the window and descend the escape to the ground outside, and get back into his own bed undetected. This would entail getting past the prefect's study on the first floor, and if caught, they would probably cane you!

On a more pleasant note, I remember the wooden shed just down the slope to the left of New House entrance. This was the Tuck Shop, opened twice daily by a couple who ran the sweet shop in town. They provided us with cold drinks, buns, and sweets, if you had enough coupons. Behind it was an old Nissen Hut where a few lads kept their bikes and tuck boxes, and further down, near the river there was the open air rifle range alongside a single storey class room. Behind all of this was the school “small holding” where Alf, the chef kept a few pigs and chickens, and grew a few vegetables. The River Brue was full of Brown Trout, and fly fishing was enjoyed by some, especially from the little wooden bridge leading to the Back Alley. 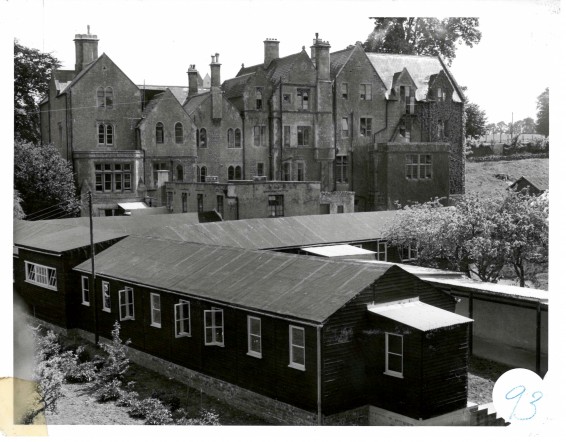 Our medical needs in New House were attended to by the strict, but kindly Miss Crease, assisted by Miss Pocock. Miss Crease could spot a malingerer a mile off, but if you were poorly enough to be confined to bed, there was a sick room on the top floor. However, those unfortunate to be unwell enough to occupy the sick room for more than a couple of days, were despatched to The Sanatorium on Hyde. This mini “hospital” was ruled, and run entirely by the fearsome Sister Tomlinson, a bustling, rotund lady who every new boy had encountered during their first week when she plunged a thick, rather blunt needle into their bums to ward off dreadful diseases. If you were confined to her care, she would immediately administer you with a large pink pill. This was a very powerful and effective laxative which she insisted on because she saw constipation as the route of all evil. In reality, underneath that stern exterior lurked a very experienced and dedicated, kindly lady. 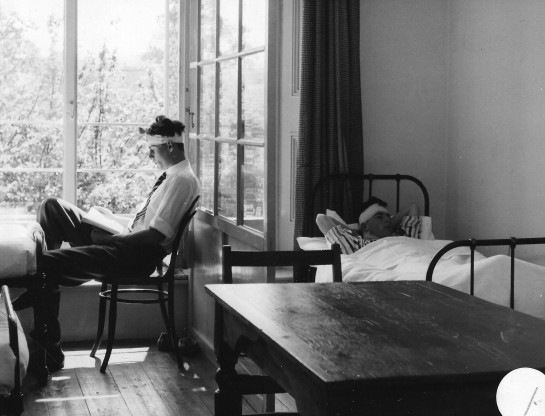 Town leave was the highlight of every day when we were allowed perhaps an hour or so to ourselves, provided we wore a cap or straw boater. It was a chance to browse the little shops, and if you did happen to have any money, you could treat yourself to something a little more appetising than school lunches during rationing. Every boy was dished out with a shilling each week as pocket money. This was a system to ensure that every boy had something to spend, although, even in those days a shilling (5p) didn’t go far, and most of us cadged regular top-ups from our parents by way of a postal order now and again. With a couple of shillings in your pocket, you could treat yourself to beans on toast at The Tower Tearooms on the corner opposite The Blue Ball, or a fry up at the greasy spoon West End Cafe.

Tuesday afternoons were devoted to "Corps Day”, our CCF activities involving every boy except a very small number who had been registered as conscientious objectors by their parents. It was not generally considered a popular activity owing to the amount of strict discipline required to ensure that you were always immaculately turned out with polished boots and brasses, and anyone who was perceived to even slightly enjoy it was branded a “Corps Maniac”. It was however a very good preparation for the forthcoming enlistment into National Service after leaving school, and corps camps were always good fun, as were Field Days each term, when we were issued with blanks for our Leigh Enfield rifles, and even thunder flashes!


In 1953 we were still feeling the consequences of wartime rationing, and school meals were pretty sparse, and not always very appetising, despite the cheery service from the predominantly Polish kitchen staff. We ate in the school dining room on the ground floor of New House, sitting on benches at long wooden tables, each accommodating about ten boys, supervised by a master at the head of the table. On this particular day it was Mr Poke, the PE teacher who was known for his no nonsense strictness.

Because of the rather bland nature of many of the meals in those days, it was not uncommon for us to smuggle in our own seasoning, typically in the form of HP Sauce, Tomato Ketchup, or in my case, Worcestershire Sauce. After the main course of hearty stew, we were confronted with prunes and custard. Not a very popular choice owing to their reputed after affects, but one particular lad who ate anything on offer, never refused second helpings, and we thought it would be very amusing to secretly add a hefty dose of my Worcestershire Sauce to the few remaining prunes.

When we had all cleared our bowls, Mr Poke lifted the serving bowl, enquiring if anybody wanted seconds. To our horror, the greedy lad declined, so Mr Poke decided to finish them himself!  Predictably, this did not go down at all well, and I was left with no option but to own up to the prank and take the punishment.

Each term we were allocated a “Leave Sunday” which enabled many of us to spend a much appreciated day at home, provided that we were back in time for Evensong at 6.30pm. About a dozen of us from the Bristol area would hire a cheap old Bedford Coach with wooden seats and a willing driver. However, on this occasion, my tampering with the prunes coincided with the upcoming Leave Sunday, and Mr Poke saw this as the perfect solution for my punishment. Instead of going home, I was instructed to climb up to the Pigeon Tower and run back and forth along the ridge twenty times, to a cluster of Pine Trees a few hundred yards towards Hyde, with a stone wall to be clambered over half way between. It rained throughout the entire ordeal, and to this day I have no idea whether Mr Poke, or indeed anyone else bothered to check on me, although I’m sure it amused quite a few of those unfortunate enough not to be going home for the day.

To this day, whenever I see a prune, I’m reminded of that event and life at King’s in the 1950s. Nick Gooding (L61/65) remembers, with humour, his time at King's Simon Fuller wrote the following article for inclusion into the King's Spirit. More...