School Archivist, Andrew Leach - The Building of the Orchard Block

The Second World War and the years that followed, saw King’s grow from 100 to over 250 boys and meant that by the 1950s, there was a pressing need for investment in new facilities and accommodation Despite very limited finances, much was achieved with, alongside other smaller projects, the building of the Paddock Block classrooms (1957), a new Science School (1958), and two new Boarding Houses (Lyon in 1954, and Blackford in 1960).

Despite this welcome progress, there was still a need for new classrooms to cope with the increase in the number of classes and to replace some wholly unsuitable, substandard and cramped wooden sheds and converted storerooms scattered around the School. Old Boys who were at King’s during this time may remember the Plox Hut, the Range classrooms and the Old Church Schools. 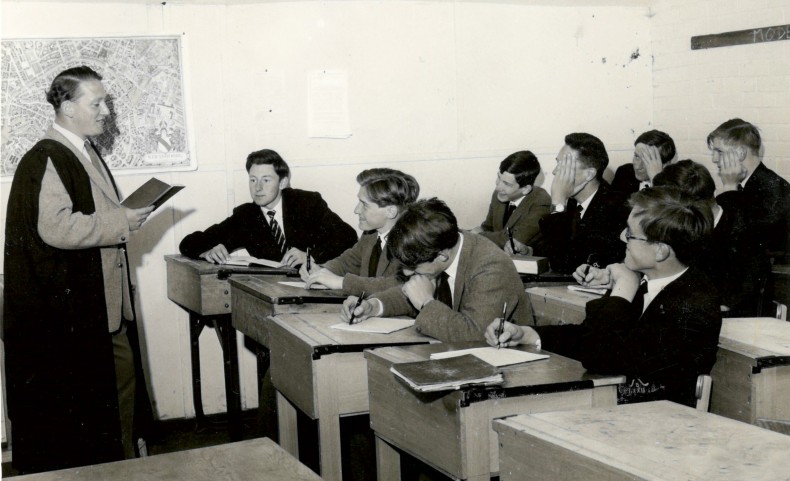 John Vallins teaching in a shed

In early 1962, the Headmaster, Roy Davey, was asked by the Governors for his assessment of the needs of the School over the following five years. He had no hesitation in putting new classrooms at the top of his list. The solution was to build a block of nine classrooms on the area to the west of New House, known as ‘the Orchard’. Plans were drawn up by the architect, Mr Vallis, for a building constructed of blocks similar to those used at Blackford House, and with a roof ‘in ordinary asbestos’! Estimated cost £16,000. Changes were made to the plans that led to an increase in the estimate to £25,000 - largely the result of the site moving further away from the river and well above the floodplain. In July 1962, the revised plans and costs were approved by the Governors and, by December that year, the site had been cleared and building was well under way, with a projected finish date of July 1963. 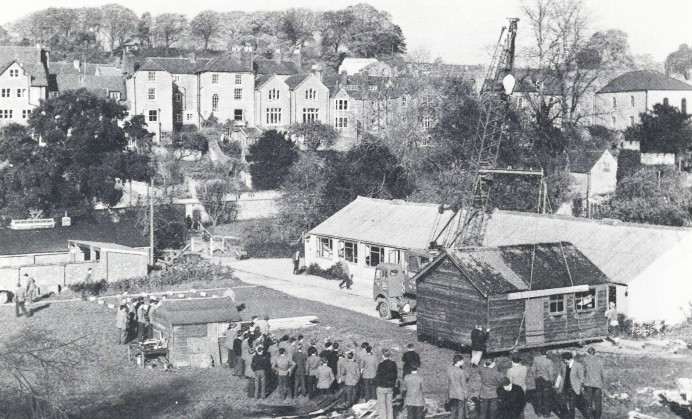 The tuck shop making way for the Orchard Classrooms

The winter of 1962/3, as anyone who lived through it will recall, was especially cold, with snow and ice lying on the ground from late December to the end of February, and even then the ground remained frozen for several more weeks. Unsurprisingly, these harsh conditions caused a delay of some twelve weeks in the building works yet, miraculously, the ‘Orchard Block’ was ready for use before the end of September 1963. Along with the light, airy classrooms, there was one larger room (known for many years as ‘Room 7’) for Sixth Formers to use for private study AND, best of all in the eyes of most boys, a large new tuck shop to replace the old wooden shed that previously stood on the same site. Old Boys will remember with affection the long-suffering Mrs Fletcher who presided over the shop, and dealt with the sudden onslaught of hordes of customers each break-time with remarkable patience. 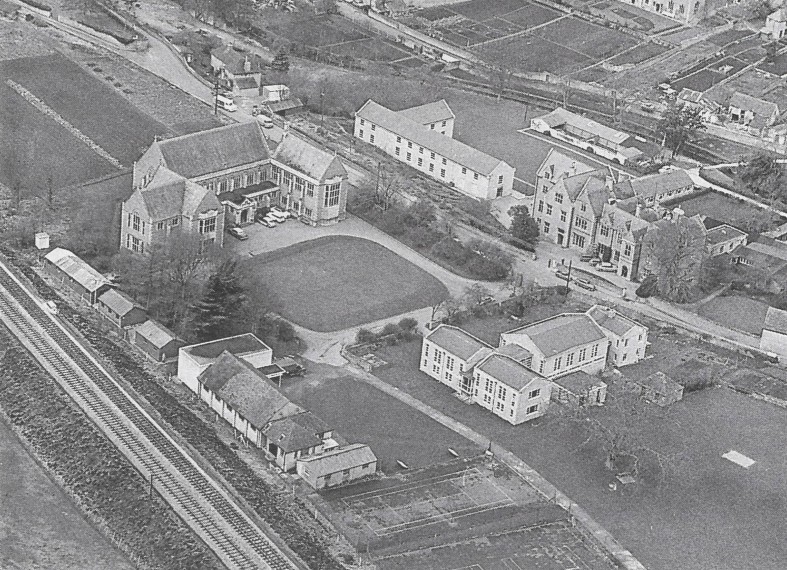 Were you at King's during this time and do you have any memories of the building works?  We would love to hear from you and see your photos.  Please email Emilie at oba@kingsbruton.com.