Our School Archivist Looks Back to King's in the year 1920 As I walk around Hyde on a warm, sunny Saturday afternoon in May, I regret that I am the only person there. No cricket. No pupils. The awful virus that has forced the temporary closure of the School - as well as much of normal life throughout the world - has taken away a slice of King’s life that can never be lived. There will be no heroics on Hyde this year for us to see and remember. These difficult days will pass, hopefully before too long, and then we will again enjoy all that we are missing now.

We are, of course, approaching Commemoration - the most important day in the School calendar, when we give thanks for the lives of all those who have given so much to the success of the School over five centuries and especially, in the last century, for the contribution of two generous benefactors, James Lyon and Lord Blackford. Sadly, it is not possible to hold the event this year; I wonder whether this is the first time in the School’s long history?

It is perhaps interesting to look back 100 years to see what was happening in 1920. The previous year had seen the 400th anniversary celebrations, and the number of pupils in the School had reached a near record, 123. We read in The Dolphin that the School was in ‘good heart’ despite two serious epidemics during the academic year - mumps from October through to January, which affected most of the School including the Headmaster, Charles Tremlett, and almost immediately afterwards, measles. Corpus Christi, the traditional day for Commemoration - the Service in Church, Governors’ Lunch, Prize Giving and Speeches - fell on June 3rd that year.

Owing to the increased numbers of pupils, Prize Giving and Speeches were held out-of-doors, on the old tennis court in the Paddock by the river. In his speech, the Headmaster gave an upbeat review of the School’s year, but pointed out that the epidemics had interfered with School life in a major way. He ‘complained of the criminal neglect shown nowadays by parents and preparatory schools in not exposing young boys to childish diseases, with the result that all the trouble falls on the shoulders of Public Schools’. He also expressed his hope that the new ‘War Memorial Buildings’ will soon be built. He was not to know that it would take another four years for his hope to be fulfilled. 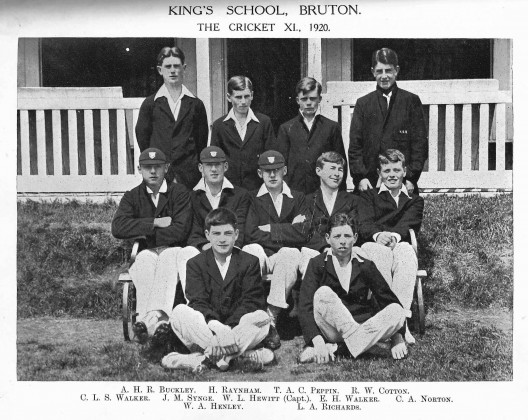 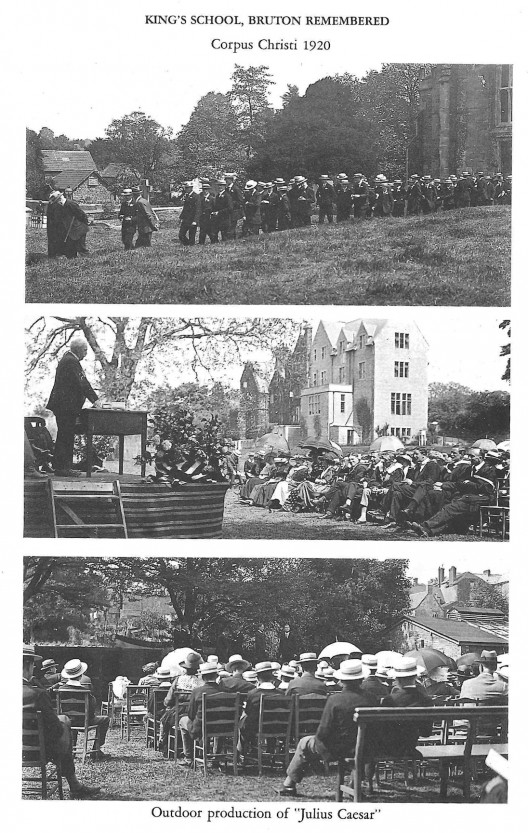 School Archivist, Andrew Leach - The Building of the Orchard Block