Alexander Baldwin, in London, on the day he received his medal

Police Sergeant Alexander Baldwin of the Metropolitan Police Service was awarded the  'Bronze Medal of the Society' from the Royal Humane Society, in recognition of his bravery for his role in dealing with the immediate aftermath of the London Bridge Terrorist attack - 2017.

Not only was Alexander one of the first Police Officers at the site of the attack (not knowing what he was walking into), where 8 people died and over 45 were injured, but he was also one of the first responders in helping those injured evacuate the area to receive the lifesaving medical attention they needed.  Indeed, after evacuating one victim with severe and life threatening stab wounds, Alexander returned to help others move into safety.

The Royal Humane Society recognises acts of bravery, issuing a limited number of awards every year.  The Bronze Award is  awarded to people who have put their own lives at great risk to save or attempt to save someone else.

Since 2017, Alexander has continued to demonstrate incredible bravery in the face of some terrifying situations, receiving another commendation for intervening in a murder.  He is now ranked as Inspector and heads up a new unit which aims to reduce violent crime in South London. 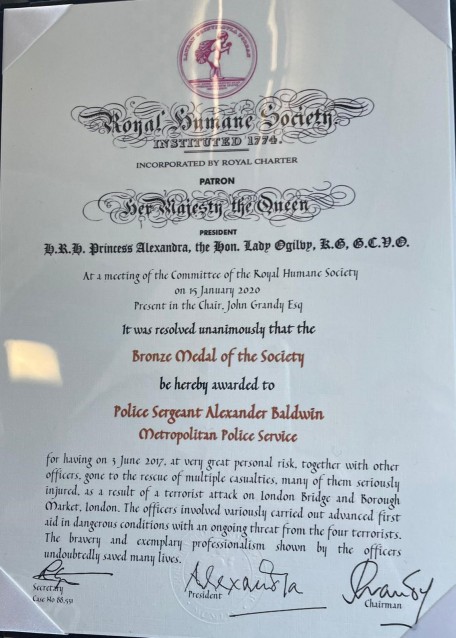 Alexander's certificate for his Bronze Medal of the Society 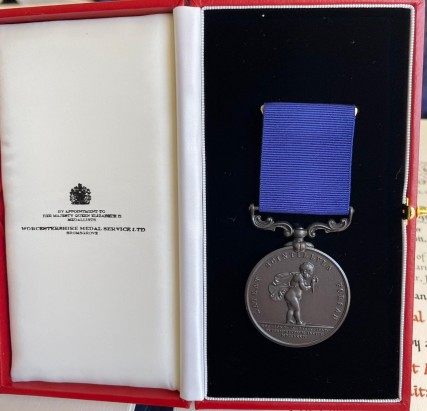