On 20th May, my mum and I embarked on our long-awaited trip to Buckingham Palace Gardens for my Gold Duke of Edinburgh Award ceremony. Though I finished my Gold while still at King's in 2019, the pandemic meant that I, and many others, were not able to officially celebrate our achievement until now.

The gardens were an absolutely stunning setting, and the ceremony was a lovely affair. We entered in the afternoon (mercifully, as it had rained all morning) and were allowed to mingle initially with free tea and cake. I was really pleasantly surprised to run into a lot of my friends there, including some Old Hazlegrovians who I had not seen since I was thirteen. There were many really interesting speakers, which we were free to choose between, including The Apprentice's Nick Hewer, James and Oliver Phelps (who played Fred and George Weasley in the Harry Potter series) and of course the future Duke of Edinburgh, Prince Edward himself. It was overall a great day, and an ideal chance to bring out my old Lyon House colours.

DofE was a brilliant experience in that it really allowed me to exploit all of the opportunities afforded to me at King's, from improving at my sport and music to volunteering in the Military Band and giving back to the local community. The Gold expeditions, specifically, were a real step up in that we were given much more respect and freedom to tackle the outdoors than on Silver; I built a real rapport with my teammates and the instructors, and gained memories that, though tough at times (camping halfway up Mount Snowdon being a real highlight), I still reflect on very fondly today. I couldn't recommend participating enough - the effort is worth it. 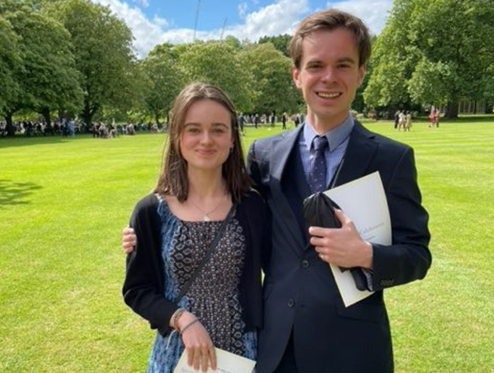