Many Old Brutonians will remember the Memorial Hall and the plaques lining the walls, listing the names of those Old Brutonians who have died during conflict.  56 of these names relate to the men who died during World War One, and it is their stories that Charles Noble has meticulously researched to chart the unfurling of World War One.  The book tells the stories from those in the Army, Navy and RAF, those who worked in logistics, in the trenches, machine gun corps and tanks and goes on to look at Armistice and the immense work that took place following the end of the War.

Charles was present during the School's recent Act of Remembrance, held on Sunday 13th November, after which a lunch event was held, when he was joined by Old Brutonians, King's staff, friends and relatives to officially launch the book.  Needless to say, they flew off the shelves (profits go to SSAFA) as these stories are both a fascinating and poignant reminder of the incredible sacrifice given by such young men.

Ian Wilmshurst, King's Headmaster, spoke to those attending about how priviledged he felt to write a foreward to the book, after which Charles was able to expand on the process of researching and writing the book.   Charles warmly thanked Andrew Leach, the School Archivist, who was instrumental in supplying information about the men's lives.

Emilie Head - OBA Assistant Secretary said, 'The day after the launch, I received an email from a great nephew of an Old Brutonian who died in the war, asking for information about his great uncle.  I was only able to give him very brief details of his great uncle's time at school, so it was wonderful to be able to direct him to the King's 56, which carefully charted his great uncle's experience of the war and filled in many gaps in terms of how he died.'

Books are available to buy from the following website - https://thekings56.com/ 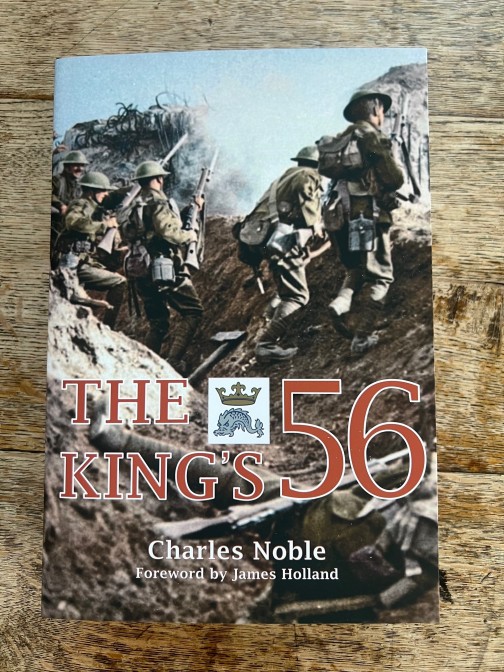 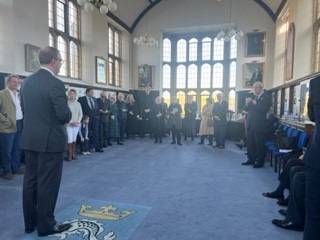